Ex-Manchester United star Paul Parker has said Jadon Sancho could be the club's "Worst but ever" after arriving from Borussia Dortmund.

Jadon Sancho arrived from the German Bundesliga in the summer of 2021, when United were managed by Ole Gunnar Solskjaer.

After years of being linked, the club finally paid the money - which ended up being a huge reported fee of 85million Euros.

The star had an underwhelming first season but that was the same as, give or take, every player in the squad in the 21/22 campaign. The team has looked far better this season, though, and the Englishman is still struggling to impress.

He has 10 appearances in the starting 11 in the Premier League this season and has so far got two goals and one assist in the competition. 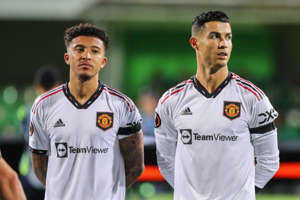 Paul Parker, who enjoyed success for the Red Devils in the 1990s, spoke about the 22-year-old to Bettors:

“If you look at the money Man United paid for him, I would say that he could end up being the worst buy ever in Manchester United’s history.

“To be honest I´ve never really understood why Man United paid so much money for Jadon Sancho.

"He has a lot of issues because he is never attacking fullbacks, he is passing backwards and is not really challenging his direct opponent.

“The way you play in Germany is completely different to the Premier League and it seems like he´ll never be able to adapt well enough to be a key player for Man United.”

The star has struggled with injury recently but should be back in the United squad soon.